Inspired by a Star-Spangled Banner 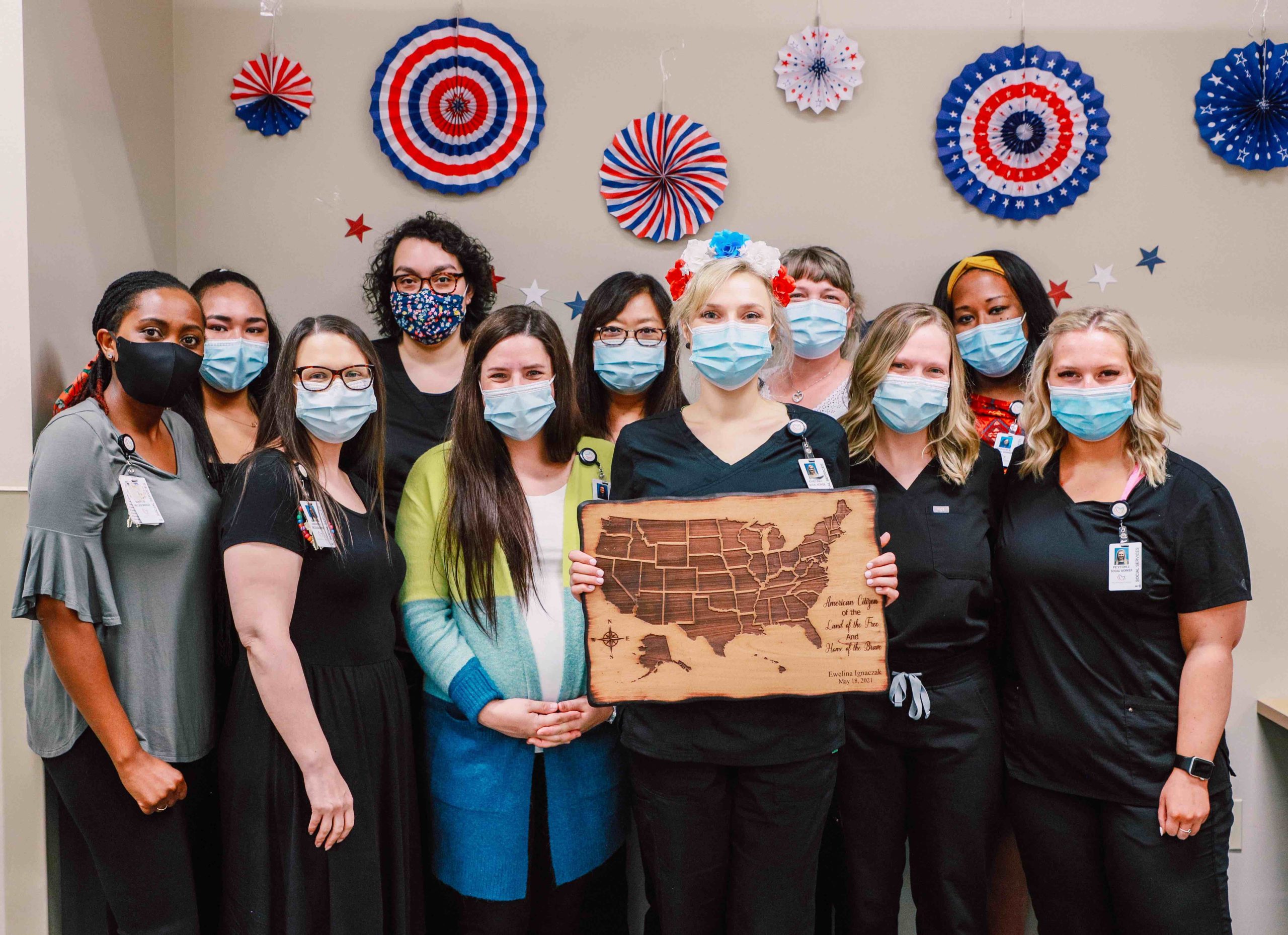 It was the day before Veteran’s Day, and the unmistakable notes of the National Anthem being played at Tinker Air Force Base carried across the crisp, fall air.  When Ewelina Ignaczak heard them, she was deeply moved, and her eyes welled up with tears. It was in this moment, years after coming to the United States from Poland as a student, that she realized that this was her home.

Ewelina grew up in Poland, and from first grade through high school graduation she attended a school with a music-focused curriculum, where she studied cello. She traveled with her school’s orchestra, from the U.S., Mexico, the Czech Republic, Germany and Italy, to the Vatican, where they performed for Pope John Paul II. Her talent landed her a full scholarship at Oklahoma City University (OCU) where she studied cello performance and later, with a second scholarship, vocal performance.

Ewelina came to the U.S. on her own and admits, “For the first few weeks I could not understand anyone, because I was not used to Oklahoma accent. I studied British English.”

That didn’t hold her back. In addition to her music studies, she received a bachelor’s degree in psychology and master’s in social work from OU. Although she loves music and sharing it with others, she had a desire to explore other ways to touch and enhance the lives of others. “As a social worker I have the privilege to assist others during some of the toughest moments of their lives and help them build a brighter future,” she says. “I also have the opportunity to impact systems and improve things on a macro level.”

The process of becoming a U.S. citizen is a lengthy one that includes applications, biometrics collection, background checks, an in-depth interview, verbal U.S. history test, and spoken and written English tests. After a final decision is made, the process concludes with a Naturalization Oath Ceremony.

As Ewelina went through the process, she shared her experiences with her team in the Social Services Department at the hospital. She says her supervisor and co-workers encouraged and supported her, believing in her every step of the way.

“After I was approved to become a U.S. citizen, my wonderful team shared in my delight and threw me a beautiful and incredibly thoughtful celebration,” Ewelina shares.

Even before becoming a citizen, Ewelina has contributed so much to the community she now calls home. Throughout her career as a social worker in Oklahoma she has worked to improve the lives of many children and families, including children who experienced abuse and/or neglect, incarcerated mothers, juvenile offenders, and children with significant behavioral health problems. Today, we are proud that she serves the children and families in our care.

Join us in congratulating Ewelina on becoming a U.S. citizen!