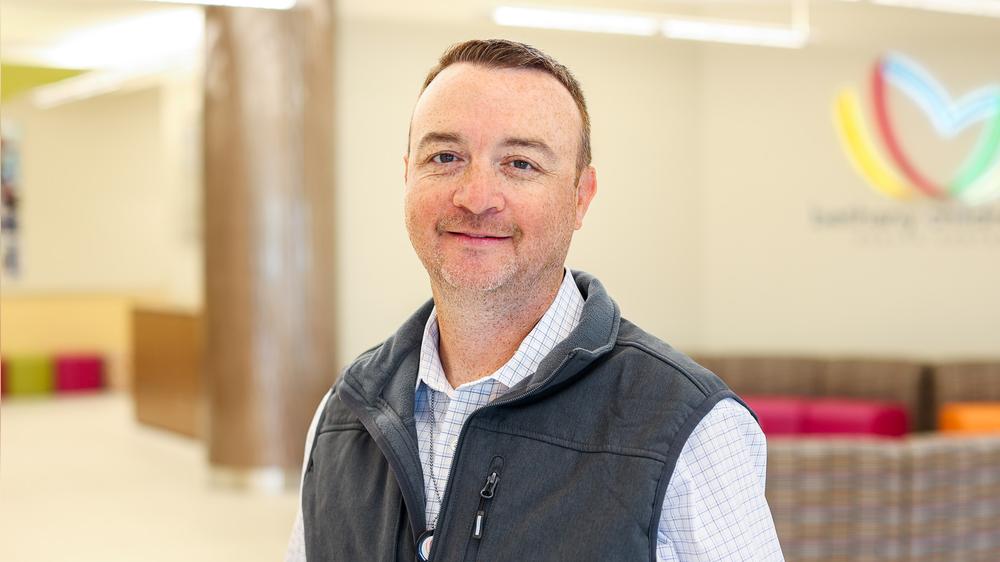 On Veteran’s Day, John Langford shares his thoughts on his military service and being a Veteran

For many people, Veterans Day is a day to celebrate and thank Veterans for their service to our country. For John Langford, Director of Security at Bethany Children’s Health Center, November 11th offers a meaningful opportunity. “I look at Veterans Day as a special day set aside to reflect on my time in service, to celebrate with my brothers and sisters from across all branches of military service, to thank those that came before us to set the standard and pave the way, to commemorate our successes and learn from our failures, and to pass down the traditions that were bestowed on me to future generations of Veterans.”

John joined the United States Army in 1998, looking for adventure.  His time in the service spanned 20 years, during which time he was stationed in five countries and ten states, was deployed seven times to combat zones and traveled to 48 states and 28 countries.

While John learned skills from survival tactics to leadership, the most important skill he took away from his time in the service is adaptability. “When creating a plan for a mission, or even for an everyday task, you always try to predict the unknown,” John shares. “However, while executing the plan there may be one unknown you failed to plan for. That is when you need to adapt to accomplish the job.”

The ability to adapt was a key skill for John when he retired from the Army as a Sergeant First Class. Like most Veterans, John found the transition from the military to civilian life after 20 years of service a frightening and difficult experience. “As I was planning for my Army retirement, I still did not know what I wanted to be when I grew up. I had not interviewed for a job in over 20 years and I had no idea how to translate the skills I had learned in the service to the civilian world,” John says. “I didn’t know if I was ever going to find the comradery that I had with my fellow Veterans with those outside the military.”

When asked what he misses most about being in the military, John shares that it is the comradery with the men and women that were by his side. “The Army is the most diverse organization in the world. We have people from all backgrounds, religions, races, belief systems and political parties, and yet we all came together for one common goal – to protect the land and the people we love so dearly that we were willing to lay down our lives for each other,” John says. While there were jokes played on each other and debates over issues, once they were out of the tent and in the foxhole, John remembers having each other’s backs through thick and thin. “That’s what I miss the most, the unity and the comradery I felt while serving. And I think most Veterans will tell you the same,” John reveals.

Veterans Day is an opportunity to highlight community organizations that support Veterans and help them rekindle the comradery and internal fire they felt in the military. Veterans organizations have various unique ways of assisting Veterans, but all provide a place to find the support and services they need, along with familiar faces they can trust.

Here are some Veterans organizations that rely on community support to provide Veterans with the assistance they need:

We are grateful for the commitment and sacrifice of all our service men and women, and the Veterans who bring their unique skills and expertise to our community.